Solar Oscillations – Looking inside the Sun

Would it be possible to detect the formation of sunspots inside the Sun before they appear on the solar surface? That is the promise of helioseismology - the study of the solar interior and atmosphere using waves. A post written by Markus Roth, from the Leibniz Institute for Solar Physics (Germany). 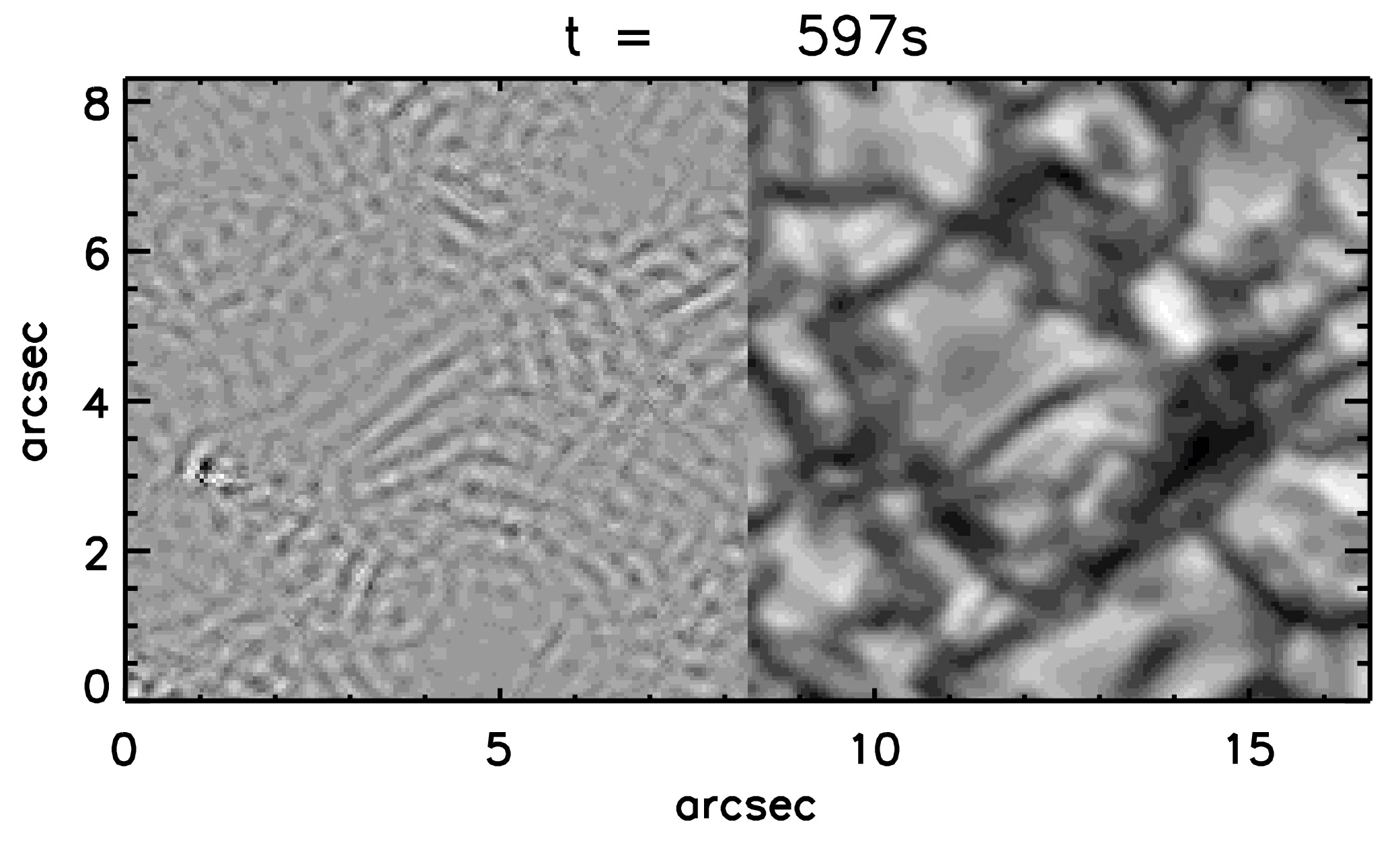 Seismic waves (left) as excited by strong convective motions on the solar surface (right). The observations were obtained with the SUNRISE balloon telescope in 2009. / Image: Roth et al., 2010, ApJ, 723, L175.

When observing the Sun, one notices waves that travel across the solar surface. Like in a pot full of boiling water, the upwelling bubbles of solar plasma generate a humbling noise which results in these waves. Some of the waves are strongly amplified to sunquakes by the continuous forcing of the turbulent plasma motions, such that the solar surface is lifted by about 1 kilometer in a regular rhythm of five minutes. Interestingly, these sound waves do not only travel along the solar surface. Depending on their frequency they can penetrate deep into the Sun’s core or travel upwards into the solar atmosphere.

Helioseismology uses these waves to investigate the solar interior and atmosphere. Much is to be learned, e.g., about the large plasma circulations and the peculiar rotation inside the Sun, which contribute to regular polarity reversal of the Sun’s magnetic field every eleven years. In between these reversals, the Sun shows a complex magnetic field with sunspots as short-lived magnetic poles distributed on the surface. The more complex the magnetic field gets, the more likely solar eruptions happen which can result in strong solar storms.

Helioseismology helps determine the conditions below and around sunspots to understand why complex magnetic regions can produce strong plasma ejections. The promise is to be able to detect the formation of sunspots inside the Sun before they appear on the solar surface. And, once they become visible, helioseismology aims to measure early in advance the mechanisms that trigger vigorous eruptions in order to provide a forecast on such events.

With EST we will be able to learn how these seismic waves are generated on the Sun. Furthermore, we will be able to study in high temporal and spatial resolution how the waves interact with sunspots so that we can improve the helioseismic techniques.