Solar coronal jets are plasma ejections occuring in the outermost part of the atmosphere of the Sun. A post written by Dr. Daniel Nóbrega-Siverio, from the Institute of Theoretical Astrophysics (University of Oslo, Norway). 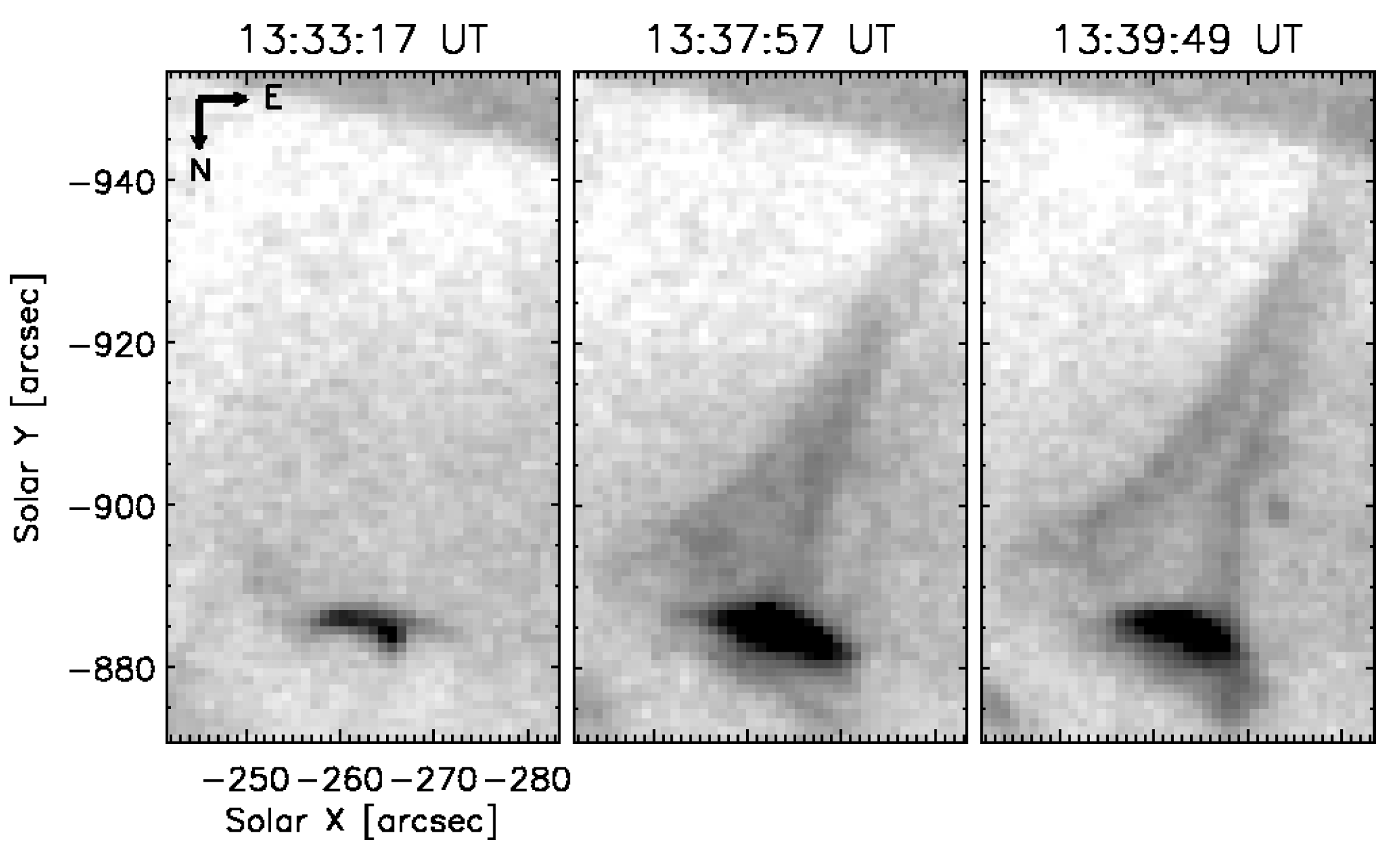 Solar coronal jets are impressive plasma ejections that occur in the outermost part of the atmosphere of the Sun. They have extremely high velocities, between 250 000 and 1 450 000 kilometers per hour, which means that the fastest ones can cover the distance from Madrid to Barcelona in just 1.5 seconds.

These jets are composed of really hot plasma -more than one million degrees- and are mainly visible in coronal holes (regions with open magnetic field). Solar coronal jets were first observed in the 1990s, using the X-ray telescope onboard the Yohkoh satellite. Since then, they have been a hot topic in solar physics.

The figure shows a solar coronal jet observed on 2007 January 20 with the X-Ray Telescope onboard the Hinode satellite in the south coronal hole. The color scale is reversed from the original observation. The coronal jet is the elongated dark structure that resembles an inverted Y (also known as an Eiffel Tower shape).

The physical mechanism responsible for the launch of solar coronal jets is magnetic reconnection: a process in which magnetic field lines of opposite polarities are “cut” and “pasted”, leading to a new configuration of the magnetic field as well as important heating and high-speed ejections. Despite our good knowledge of magnetic reconnection, there are still open questions related to how it is triggered in the case of coronal jets.

Thanks to its extremely high magnetic field sensitivity, the future 4-metre European Solar Telescope (EST) will allow us to study the magnetic field configuration in the lower atmosphere that leads to solar coronal jets. Through coordinated observations of EST and space telescopes, we will be able to get a full understanding of this interesting phenomenon.