The solar magnetic field is generated through the action of a dynamo process operating in the Sun's interior. Understanding this solar dynamo will help scientists know how the extensive and complex solar magnetic fields are generated and to predict future solar cycles with greater precision. A post written by Dr. Bernadett Belucz, from Eötvös-Loránd University (Hungary). 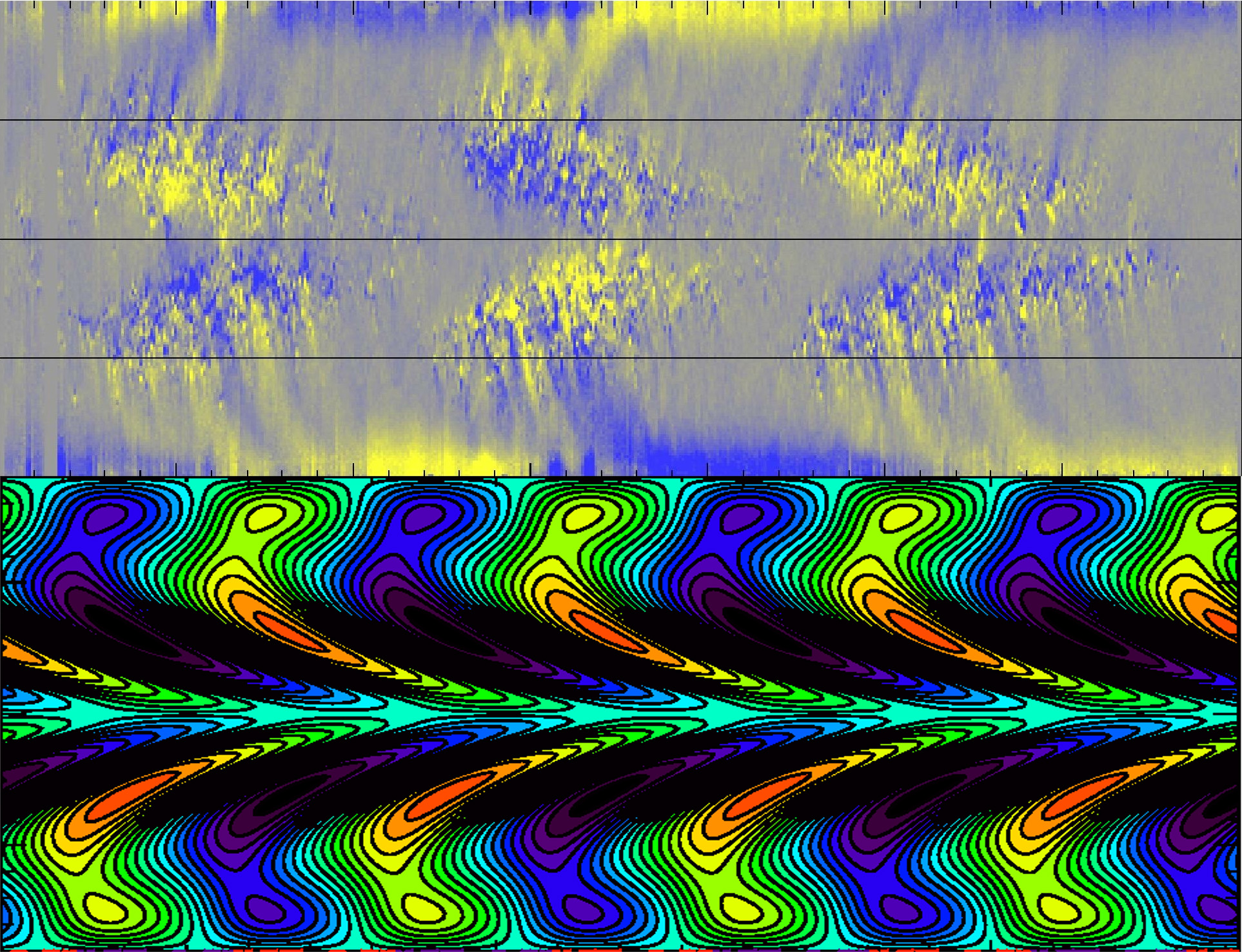 The solar magnetic field is generated through the action of a dynamo process operating in the Sun's interior. Conductive fluids (plasmas) can support magnetic fields. The presence of magnetic fields leads to forces that in turn act on the plasma, thereby potentially altering the magnetic fields themselves. This magnetic field can be sustained if the fluid motion is sufficiently complex. Such systems are called self-sustaining dynamos.

The levels of solar radiation and ejection of solar material, the number and size of sunspots, solar flares, and coronal loops all exhibit a synchronized fluctuation, from active to quiet to active again, with a period of 11 years called the solar cycle. It is of great importance to understand the workings of the solar dynamo, as it causes this solar cycle. Indeed, there are still many fundamental questions to answer as, for example, how the solar dynamo actually generates the extensive and complex solar magnetic fields that we observe or how we can predict future solar cycles with greater precision.

George Ellery Hale discovered magnetic fields in sunspots and suggested that the magnetic sunspot cycle period is 22 years, covering two polar reversals of the solar magnetic dipole field. A half dynamo cycle corresponds to a single sunspot solar cycle. The toroidal (equatorward) magnetic field emerging through the Sun's surface that correspond to sunspots gives rise to patches of concentrated magnetic fields. Thanks to the very high spatial resolution of the European Solar Telescope - EST, we will be able to learn how magnetic fields shape sunspots and other structures in the atmosphere of the Sun. Each solar cycle begins with small spots appearing in mid latitudes of the Sun. Later in the cycle, spots appear progressively closer to the Sun’s equator as the cycle reaches its maximum level of activity. This pattern is best visualized in the form of the so-called butterfly diagram.

In the upper panel of the figure, we show the butterfly diagram on the Sun, i.e., a map of the magnetic field observed at different latitudes of the Sun as a function of time. The blue and yellow patches represent sunspots with different polarity. In the lower panel, we can see the butterfly diagram of a Babcock-Leighton solar dynamo model simulation. Sunspots are typically confined to an equatorial belt in both hemispheres. At the beginning of the cycle, sunspots appear at high latitudes, but as the cycle progresses the spots form at lower latitudes. Near the cycle minimum, sunspots appear close to the equator, and sunspots of the new cycle again appear with opposite polarity at high latitudes.

Babcock-Leighton dynamos are unquestionably the best examples of flux transport dynamos. The widely used Babcock-Leighton flux-transport solar dynamo models have been successful in capturing many solar cycle features including equatorward migration of sunspot belts, poleward drift of poloidal fields and the correct phase relationship between them. The models are in relatively good agreement with observations. The Babcock-Leighton flux-transport dynamo models are also able to predict the solar activity in the the long term, and help us determine the possible influence of the Sun on terrestrial climate.