At any given time during the solar magnetic activity cycle, most of the solar disk is covered by apparently quiet regions. Yet, such regions are significantly magnetized, although their magnetic fields are elusive to observations, writes Dr. Javier Trujillo Bueno, from Instituto de Astrofísica de Canarias (Spain). 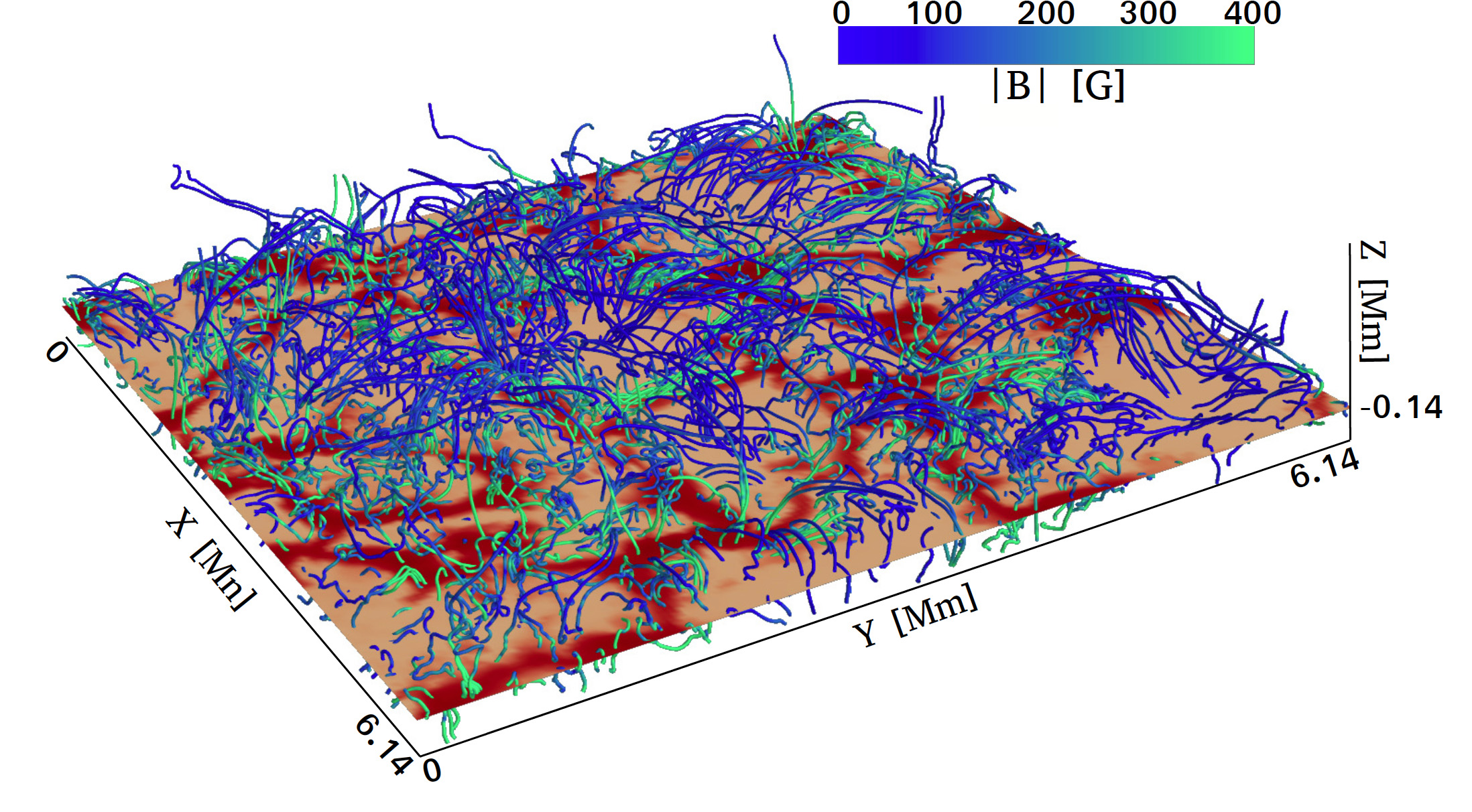 Visualization of the magnetic field lines in a 3D magneto-convection model of the quiet solar photosphere (Rempel 2014; ApJ 789, 132), which has a surface mean field strength of 170 gauss. Credit: del Pino Alemán et al. (2018)

At any given time during the solar magnetic activity cycle, most of the solar disk is covered by apparently quiet regions. Yet, such regions of the Sun’s photosphere (the deepest part of its extended atmosphere) are significantly magnetized, even during the minimum of the solar cycle when we can hardly see any sunspot.

The magnetic fields that permeate such regions are very elusive, because they are mostly tangled at spatial scales that cannot be fully resolved with today’s telescopes (see first image). We know about their existence through the polarization that some physical mechanisms introduce in photospheric spectral lines.

The Hanle effect is the magnetic-field-induced modification of the linear polarization produced by scattering processes in a spectral line. Thanks to this effect, solar physicists could show that the quiet solar photosphere contains a substantial amount of magnetic energy density due to the presence of a “hidden” (unresolved) small-scale magnetic field whose mean field strength is of the order of 100 gauss. The ensuing energy flux is so significant that such “hidden” magnetism could perhaps be the main driver for heating the outer solar atmosphere above quiet regions of the solar disk.

To measure the Hanle polarization signals with today’s telescopes requires to sacrifice the spatial and temporal resolution of the observations to increase the signal-to-noise ratio, but theoretical calculations using increasingly realistic magneto-convection models of the solar photosphere predict conspicuous small-scale spatial variations, such as those seen in the second image for the Sr I 460.7 nm line. The European Solar Telescope will allow us to observe with high spatio-temporal resolution the spectral line polarization produced by the joint action of scattering processes and the Hanle and Zeeman effects, thus opening up a completely new diagnostic window on the Sun’s hidden magnetism. 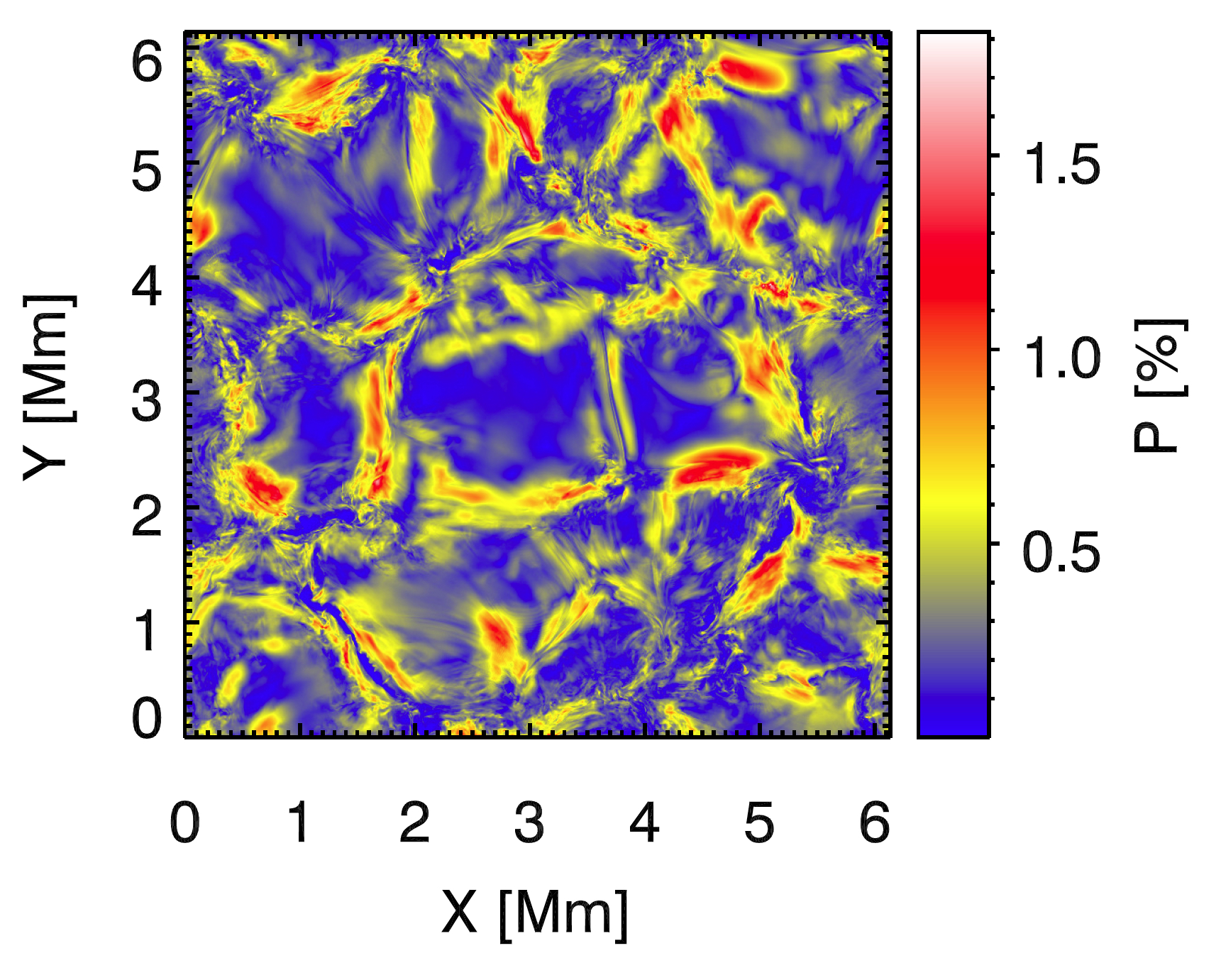 Fractional total polarization signals of the Sr I 460.7 nm line predicted for the disk center line of sight in the model of the quiet solar photosphere shown in image 1. / Credit: del Pino Alemán et al. (2018; ApJ).