How do researchers study the flaring kernels in solar flares? Dr. Krzysztof Radziszewski, from the Astronomical Institute of Uniwersytet Wrocławski (Poland), writes on how they have been doing it since 2003 and how EST will offer more opportunities for observation. 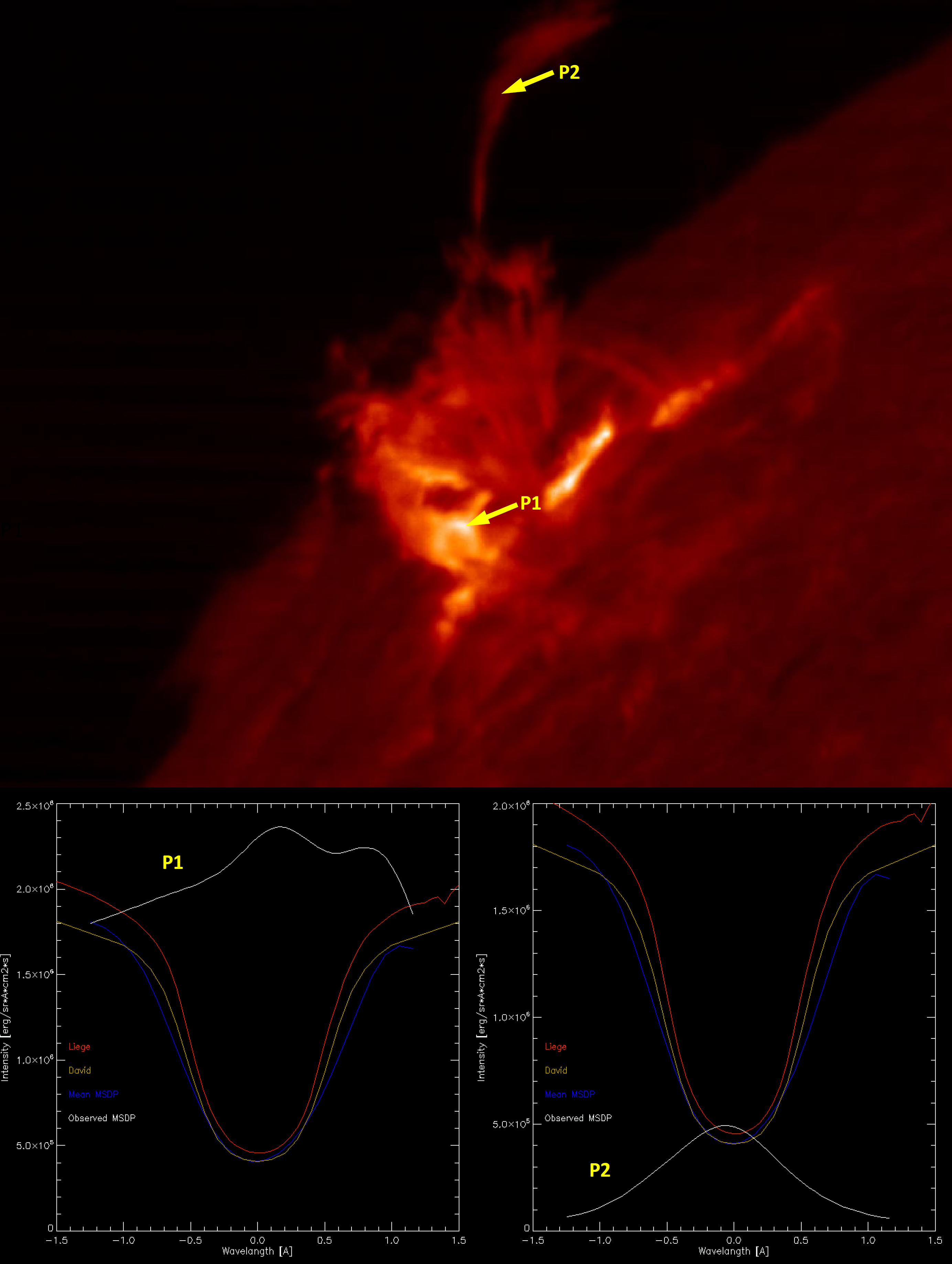 Since 2003 we have been carrying out a long-term scientific program of high-time resolution spectral and imaging observations of flaring kernels in solar flares, utilizing unique capabilities of the Multi-Channel Subtractive Double-Pass (MSDP) spectrograph feed from the 53-cm Large Coronagraph (LC) or the 15-cm Horizontal Telescope (HT). All instruments are installed in the Bialkow Observatory, which belongs to the Astronomical Institute of the University of Wroclaw in Poland.

Due to exceptional properties of the MSDP spectrograph we collect simultaneously quasi-monochromatic images of the observed structures within the whole field of view (FOV) of 40x325 arcsec2 (in the case of the LC) and 119x942 arcsec2 (in the case of the HT), and spectral profiles of the emission of all individual image elements in the whole FOV. The data are routinely collected with an unprecedented time cadence of 20 spectra-images per second.

Using long series of the high-time resolution images and spectra, we study most basic processes occurring during interactions of non-thermal electrons with plasma in solar flares, among others: an impulsive response of the chromospheric plasma on the impulsive heating caused by beams of the non-thermal electrons, variations of locations and vertical extents of the energy deposition layers, variations of the cross-sections of magnetic flaring loops, and many more.

So far, we have collected more than a hundred of observations. In the case of big and slowly evolving structures, like prominences, we can also apply a much bigger FOV of 300x500 arcsec2 (LC) or 900x1200 arcsec2 (HT) but with a very moderate time-resolution of 20 seconds. The figure below shows an example of an eruptive prominence observed with the MSDP spectrograph in the center of the Hα linen plus two examples of the emitted line profiles.

The following figure shows a time correlation between Hα (MSDP) and X-ray (RHESSI) flaring emissions during the impulsive phase of the flare recorded on the July 16, 2003.

The very dynamic response of the chromospheric plasma to the abrupt local heating in a sub-second time range needs a very high-time resolution observations collected with the highest-possible spectral and spatial resolutions. The 4-meter European Solar Telescope will open new, great opportunities in observations and investigations of solar flares and their individual sub-structures with unprecedented spatial and time resolution.