At the beginning of the 20th century, it was discovered that light coming from the penumbra was affected by Evershed flows. What are those? Dr. Sara Esteban (IAC) tell us more about this phenomenon. 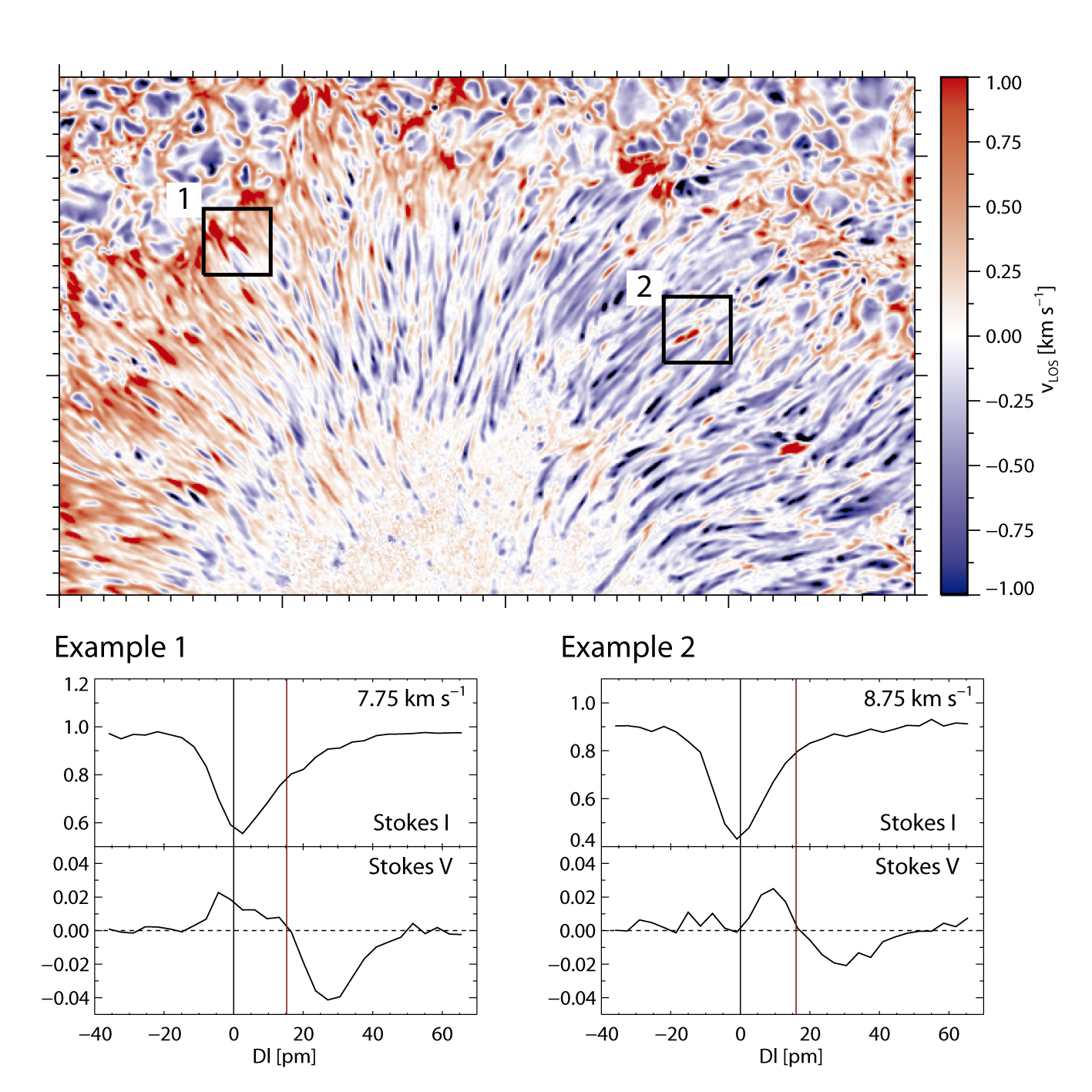 Sunspots are dark features on the solar surface due to the presence of a strong magnetic field. Their existence already fascinated ancient astronomers, but their detailed study began with early telescopic observations about four centuries ago. Since then, we know that spots consist of a dark nucleus called the umbra and a brighter halo called the penumbra.

At the beginning of the 20th century, two crucial discoveries were made: sunspots are related to magnetic fields and the light coming from the penumbra is affected by the Evershed flow - an outflow of gas that rises in the umbra and disappears at the outer penumbral boundary. A century later, the fine structure of the penumbra was resolved for the first time. These milestones in the study of the penumbra were possible thanks to improvements in instrumentation.

Present-day observations allow us to corroborate the existence of penumbral features of which we just had some notions. A prime example are supersonic downflows, that is, mass motions sinking into deep atmospheric layers at a velocity that exceeds the speed of sound in the photosphere (about 6.5 km/s). They are covered up by the prevailing Evershed flow. Consequently, the observed intensity spectra show unusual asymmetries instead of being shifted as a whole. The search for supersonic downflows is difficult, mainly because it requires the use of high spatial and spectral resolution. Recently, we have detected them with unprecedented detail using data from the Swedish 1-m Solar Telescope, allowing the characterization of their physical properties and temporal evolution.

The upper part of the figure displays the line-of-sight velocity of a portion of a spot and its nearby quiet Sun area. The right part of the penumbra is predominantly blue while the left one looks redder. Due to projection effects, the penumbral regions located closer to us appear bluer because plasma motions are pointing toward us. In contrast, farther areas are redder since plasma moves away. In other words, we are observing the manifestation of the Evershed flow. Besides, we see two compact red patches where the intensity spectra are asymmetric. Moreover, the circular polarization signals point to supersonic downflows of about 8 km/s and vertical magnetic fields sinking into the solar surface (see the lower part of the figure).

A thorough study of these features suggests that supersonic downflows are abruptly stopped in deeper (and denser) layers producing a temperature increase, which is visible as a brightening in continuum intensity images. The European Solar Telescope - EST will provide us with new “eyes” to understand these flows and the phenomena associated with them.