Polarisation is the most delicate measurement made in solar telescopes. The European Solar Telescope will most likely use nematic liquid crystal modulators for this important task. Currently under development, the biggest challenge is to manufacture them with the size and optical quality needed for EST. 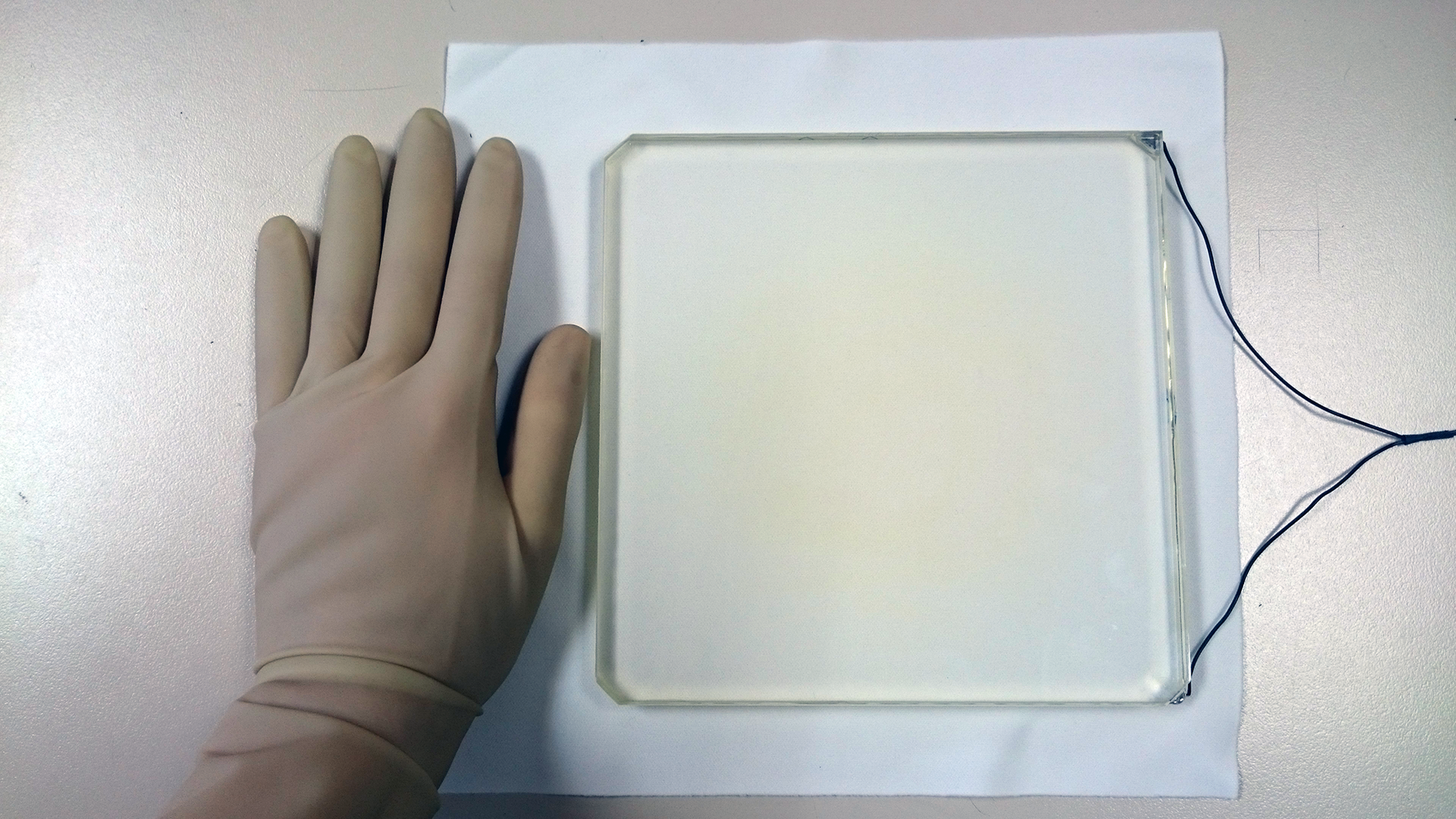 One of the liquid crystal modulators tested in GREST, a previous project also reated to the European Solar Telescope.

Although invisible to the human eye (or to a commercial camera), polarisation is nevertheless paramount in solar physics: it is the gateway to study solar magnetic fields.

Unfortunately, the fact that we are not able to see it complicates the matters: "Polarisation is perhaps the most delicate measurement in astronomy, the one that needs the highest precision", points out Jose Carlos del Toro Iniesta, from Instituto de Astrofísica de Andalucía (CSIC).  Yet, determining it can get tricky.

To measure polarisation, scientists use modulators based on optical retarders to change the light in such a way that a new (and known) polarisation state results. Given the resulting state and certain equations, they are then able to calculate the original polarisation of the light beam.

To accomplish that change, scientists use polarization modulators, also known as waveplates or retarders. The conventional ones are built with birefrengent materials that are made to rotate. The modulators to be used by EST will be made of liquid crystal, a material whose birefringence properties can be modified by applying an electric current (birefringence causes a material to behave as if it had two different refractive indixes)

However, the team ultimately decided on the nematic ones. Indeed, they were found to be easier to manufacture with the homogeinity and size needed for EST: “The size of the light beam passing through the system is much larger in EST than in other ground-based telescopes, so we need crystals of about 20 to 25 centimetres, much larger than the standard ones”, explains Del Toro Iniesta.

That realisation, together with the recent improvement in speed of the nematic liquid crystals, tipped the balance (although they are also studying the ferroelectric ones, just as a backup).

How is polarisation measured?

Polarisation somehow indicates the direction in which the electric field of electromagnetic waves oscillates. If that direction varies randomly, we say the light is unpolarized. Magnetic fields partially polarise light, so studying it is key to characterising solar magnetic fields.

To measure polarisation, scientists need to measure the four Stokes parameters. These are a set of values that describe the state of electromagnetic radiation in terms of intensity, linear polarisation and circular polarisation. The problem is that they are only able to measure linear combinations of those parameters, not the parameters themselves.

Since the Stokes parameters are four, scientits need to measure four such linear combinations to deduce them. In other words, with those four combinations they can form four equations with four unknowns to be solved.