The EST instruments will allow scientists to observe several wavelengths simultaneously. This approach -which makes it possible to follow the solar events as they travel through the solar atmosphere- is key for understanding the Sun as a coupled system and its impact on our daily lives. 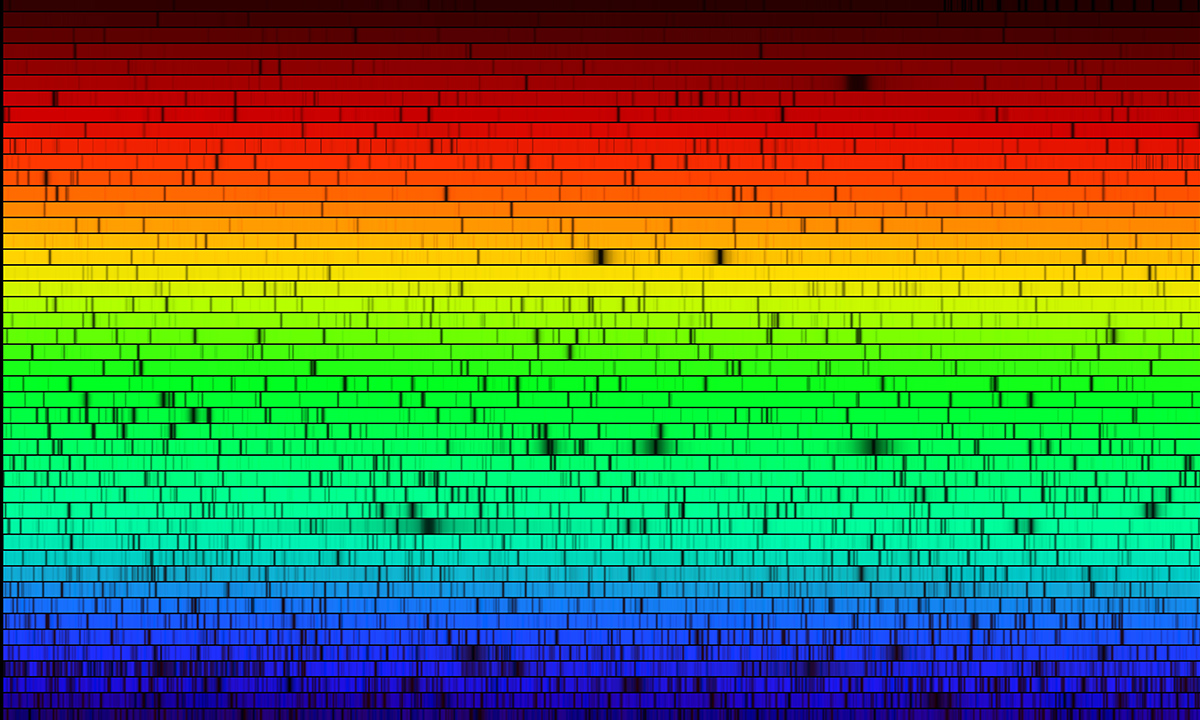 Different parts of the solar spectrum allow scientists to locate and observe phenomena in different atmospheric layers. For example, the visible and the infrared part of the spectrum mainly show the photosphere and chromosphere, whereas ultraviolet radiation and X-rays originate in the corona, where the most energetic phenomena occur.

To study the solar atmosphere as a coupled system, scientists combine observations taken at different wavelengths. In this way, they can follow the solar events as they traverse the solar atmosphere. In the case of EST, this means following the magnetic activity from the photosphere and the chromosphere to the outer layers of the Sun - and even the interstellar medium.

This multi-wavelength approach constitutes the EST signature: “The uniqueness of EST lays in its modularity, with instruments of the same kind working simultaneously in different spectral regions. That multi-wavelength capability will allow us to understand the solar phenomena as never before” enthuses Carlos Quintero, EST Support Scientist.

Since the key spectral lines needed to accomplish the EST science goals are scattered over the solar spectrum, light entering the telescope will be divided into four beams: near infrared, red, visible (green), and blue. Each branch will carry its own set of instruments, enabling simultaneous observations at different wavelengths.

Among such instruments are Fixed Band Imagers (FBIs), whose large field of view of 60x60 arcseconds will make it possible to obtain images of wide regions of the solar surface at a fast cadence. The downside? They take snapshots at fixed wavelengths (hence their name), so information on the atmospheric parameters is limited. FBIs are mostly used as context imagers for locating solar features of interest and to study some specific science problems.

Light entering the telescope will be divided into four beams: near infrared, red, visible (green), and blue. Each branch will carry its own set of instruments.

The telescope will also have Tunable Band Imagers (TBIs). Although their field of view is smaller than that of the FBIs (around 40x40 arcseconds), they can tune to different wavelengths with high spectral resolution, producing highly monochromatic images of the solar surface within individual spectral lines.

This capability, combined with the fact that there will be three TBIs (in the blue, green, and red part of the spectrum), means that scientists will be able to determine the thermal and magnetic properties of the solar atmosphere with high precision, covering all layers from the deep photosphere to the upper chromosphere.

Finally, Integral Field Units (IFUs) will provide 3D information of the Sun (both spectral and 2D spatial information simultaneously). These instruments combine a traditional long-slit spectrograph with an image slicer or a microlens array, re-arranging the solar image on the focal plane into a 1D beam to feed the spectrograph slit and measure individual spectral lines with very high spectral resolution in two dimensions. The field of view of the EST IFUs is four times smaller than that of the TBIs but they are the only instruments capable of recording 3D information simultaneously.

"The IFUs will open a new era of observations, and we are giving them the main role on EST, having a total of four, one on every optical arm. In fact, EST will be the only telescope that will offer this IFU multi-wavelength capability", emphasises Quintero.

Light is generated in the solar surface. On its way towards Earth, it interacts with the solar plasma and the atoms and molecules contained in it. The characteristic imprints these interactions leave on the solar spectrum is what scientists call spectral lines.

Spectral lines are sensitive to the physical parameters of the solar atmosphere, like the plasma temperature, velocity and magnetic field. Moreover, as different spectral lines require different temperatures to be produced, some of them turn out to be sensitive to the lower part of the atmosphere while others show information about the plasma properties at higher layers.

To study the Sun, scientists select the best spectral lines according to their scientific objectives: the most sensitive to changes in the atmospheric parameters, but also the ones that provide information of the solar phenomena at different heights. In other words, combining several spectral lines one can have access to the information of the solar events as they traverse the solar atmosphere.

"Since one of the most important goals of EST is to make simultaneous observations of spectral lines of great interest, the preliminary design proposes various instruments that simultaneously measure different spectral lines with different heights of formation" concludes Quintero.