The International Astronomical Union was founded exactly one century ago, in 1919. To commemorate this milestone, the IAU has organized a number of activities worldwide, with the motto “IAU 100 Years: Under One Sky”. 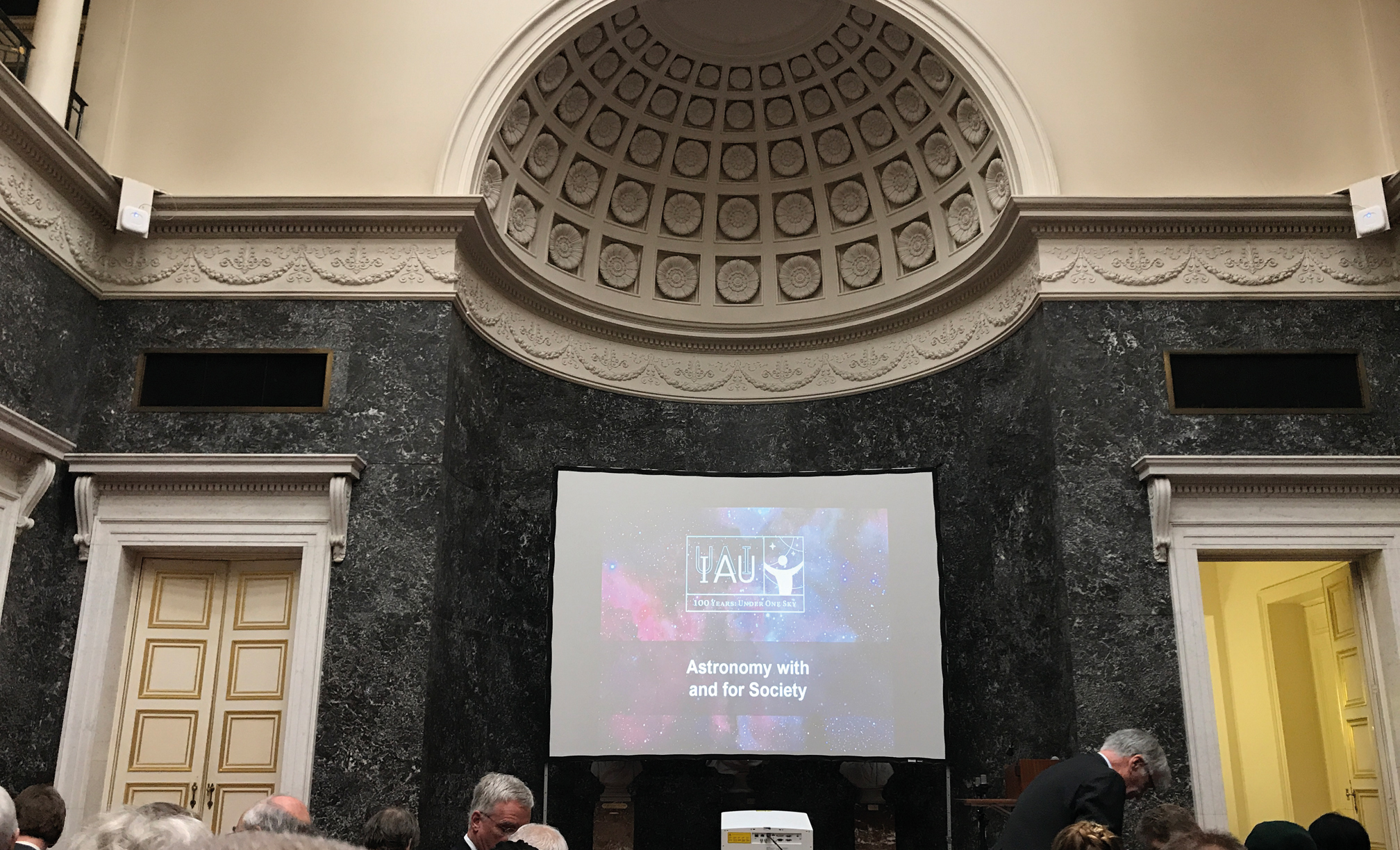 The Flagship Event was held on April 11-12 at the Palais des Academies (Brussels, Belgium). Prominent astronomers, astronauts, policy makers, and high-level representatives gave talks with a focus on the role of astronomy for diplomacy, peace, development, education, and the arts, as well as the involvement of the high-tech industry.

On April 13, the IAU Amateur Astronomy Day took place at the same venue. The event acknowledged the contributions of amateur astronomers to the advancement of astronomy. There were talks showcasing collaborative projects between professional and amateur astronomers, and parallel sessions where amateur astronomical associations exposed their work and history.

As one of the IAU100 Organisational Associates, the EST project was invited to attend the Flagship Event and the IAU Amateur Astronomy Day. A representation of EST from RoCS/UiO (Norway) and IAA-CSIC (Spain) participated in those meetings, advocating for EST and networking with other astronomers as well as with the amateur community. Amateur astronomers in particular showed a big interest in solar observations and enthusiasm in this pan-European project.