A proposal for the preferred location of the European Solar Telescope was presented to the International Scientific Committee of the Observatorios de Canarias. 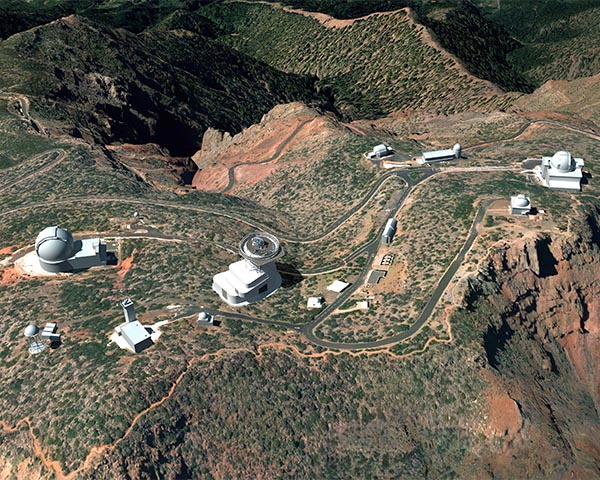 The EST project presented a proposal to the International Scientific Committee of the Observatorios de Canarias (CCI) to consider a location near the Swedish Solar Telescope (SST) at the Observatorio del Roque de Los Muchachos (ORM, La Palma) as a preferential site for the telescope, following the decision adopted by the EST project Board on October 4th. The proposal was presented to the SUCOSIP (SUb-COmmittee on SIte Properties of the International Scientific Committee) during its meeting in La Laguna on November 13th, 2019. SUCOSIP is a committee of experts which, among other tasks, supervises the impact that proposed new infrastructures may have on existing facilities and recommends actions that could minimise this impact.

SUCOSIP acknowledged the excellence of the proposed site for solar observations, as has been demonstrated by the outstanding performance of the SST. The group recommended that the EST project perform further analyses to study the influence of the EST building and associated facilities on the nearby William Herschel Telescope, taking into account the particular wind profiles at the observatory. The impact on other minor surrounding facilities should also be analysed. SUCOSIP concluded that it is most important to carry out parallel solar site testing measurements at the SST and the Vacuum Tower Telescope (VTT), located at Teide Observatory (OT, Tenerife) using the Wide-Field Wavefront Sensor installed by the Stockholm University at these two telescopes. The outcome of such parallel measurements will be most interesting for the diurnal characterisation of both observatories.

SUCOSIP presented these recommendations to the CCI during its 82nd meeting, held in the University of La Laguna on November 14th, 2019. The CCI agreed with the recommended actions. The process of evaluation will require further iterations in SUCOSIP's future meetings before a final decision by the CCI can be taken.